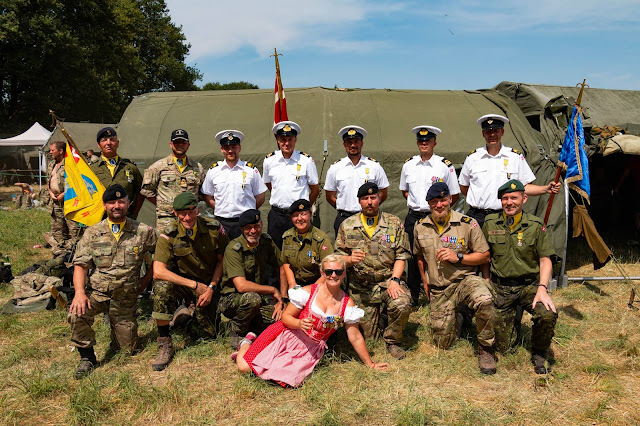 Marathon March. As a follow-up to my Facebook check-in with a medal photo, here is a collection of pictures mostly taken by the Copenhagen Half organisers. I have only praise for this event. Everything is going like clockwork. A pleasure to participate in.

Concerning the race from my point of view: the right knee is far from ready for actual running (while less than a year ago I was faster than 1h45m at a half marathon). Therefore I decided to done boots, trousers, Benediction Tee (a shout-out to Mr David Ingram) and none the least the good, old battle vest (est. 1992 in primary school) - and WALK.

Got a score of approving nods/smiles and horns up from good people overtaking me. A nice day with lots of happy people getting themselves moving. No. 1 broke the world record and the last finisher, 80 years old, closed the race after four hours. My own march time was 2h39m30s with which I am quite satisfied: a pace slightly faster than 7.9 km/h is approved in my book. Actually it's the second-best official march record for me (I'll probably never beat what I did in 2013).

The day was topped off by a surprise from my neighbours - they’re too sweet! See pic of that and more below. 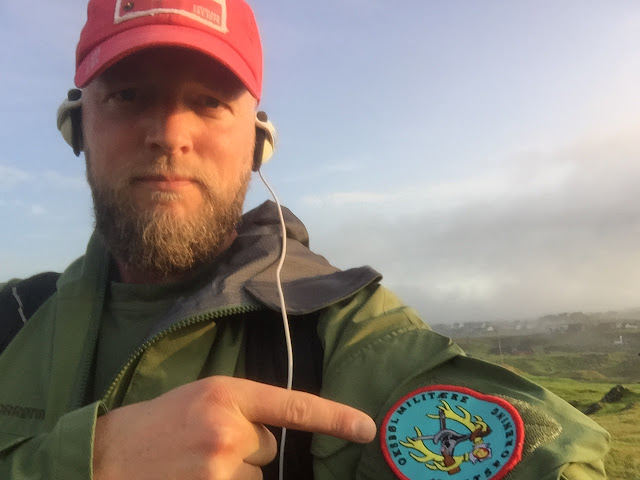