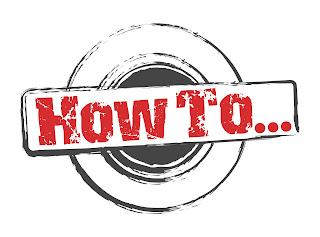 A Canadian officer colleague, met at a big NATO exercise last year, is to be a team leader at the Nijmegen Marches 2016. He asked me for some tips, and before I knew, I had written a small compendium. Might as well share it here. What boots to wear, how to prepare your feet etc. is something you can only find out by individual trial and error - figure it out for yourself.

By Thorbjørn Hein
- at the time of writing 12-time Nijmegen marching finisher and 1-time bike orderly.

Any tips for morning procedures?
If you wear tape on your feet, apply this the evening before. In the morning, get the hell out of bed, jump into PT clothing, a warm shirt, and trainers ("sneakers" in colonial English), and hurry to the DFAC, the Dining Facility. Some teams arrive later in full marching gear and then wait in an endless line. Time not well spent. Of course, if you are accommodated a long way from the DFAC, you may have to live with that. The Danes are blessed with living right next to the DFAC.

Is it normal to march in step the entire day?
Each day, one select town that we pass through has a platform with dignitaries whom the teams salute. Obviously everyone is in step then, looking their best. Generally, most teams done their berets through towns, although don’t march in step when not in a “salute town”.

The only nation’s teams I’ve seen march in step almost all day are the German ones. They have quite large teams, and when they do their thing, it’s in three columns. However, it is absolutely impossible to pull that off on long stretches of the route; the roads are simply too crammed with civilians. Especially this year it will be packed out there, with 5,000 additional participants.

That said, if a team sing a lot, they will be in step a lot, since singing doesn’t make sense unless you are. Leading to:

What about singing - any good songs (in English) you recommend?
Hehehe. Singing is mental doping, and I haven’t been part of teams who do that for years. With inexperienced teams, it’s a good idea to sing, however. I have pulled through teams by singing almost non-stop. No joke: it was a big asset for me to be in classical choirs years back.

Classics are “Hey Hey Rock’n’Roll”, “Airborne (Shoot to Kill)”, “Oh hail oh hail the Infantry”, and “Steamroller”. I have heard a Canadian team sing a song dedicated to a compatriot officer fallen in Afghanistan; if you are Canadian, you should find that song, but I don’t know the name.

AVOID AT ALL COSTS “Tiny Bubbles” - the most depressing tune of all time. Also a heartfelt “sod right off, please” to “Hey Ho Captain Jack” - it's for kids.

What's a good "average pace" for a military team? We are currently at about 10:30 minutes per km and able to keep it up fairly well. This doesn't include rest stops.
I would say that that is a bit too slow, but of course no team is faster than the weakest link. Singing usually increases the pace, making the ones with water-suspended feet (that is a joke) forget their agony for a while. It is NOT a good idea to march too slowly, not for the strained team members either, even though they can’t see that themselves. The longer you are out in the elements, the worse for wear you will become. The Gelderland area in July is characterised by either high temperatures and/or pouring rain. Better to get home to the beer tent and have extra time to "rebuild combat strength”. All in all I would recommend being able to maintain an average pace of no more than 10 minutes pr. kilometre.

How do you train to walk at 6+ km/h?
Do short training sessions, as in e.g. just 10 kilometres, and walk considerably faster than 6 km/h. If you are eventually able to walk 7,0 km/h, the 6 km/h for a whole day will feel a lot easier. It’s a rookie mistake to think that the best training is to do a lot of 30 and 40 km walks taking it nice and easy. In my experience you will have more value from four 10 km walks at high speed.

How to handle the crowded roads?
Be mentally prepared for the stretches which are packed. It really starts to be a drag on Day 3, where many unprepared civilians walk veeeery slowly, and are inside their own individual bubbles of pain, misery, and self-pity. 1 in a 100 can get downright aggressive when a military team comes pushing from behind. Therefore: bring a standard and place it in the front. Lower the flag when you approach some stumbling weakling so it starts tickling him in the neck. Have a couple of guys with surplus energy in the front, because they will have to keep a smile on their face and endlessly repeat “sorry, coming through”, “excuse me”, “thank you” etc. Some teams bring a bicycle bell for extra effect …

Who to place in the front, and what about controlling the pace?
Having guys with surplus energy in the front is good for the above. However, you have to make sure they don’t start to “run” faster than the pace you have decided, because the strained ones in the back will then have to actually run.

Where to place the team members who struggle?
Place the most strained ones just behind the front. Otherwise they will start to straggle and eventually then have to run to catch up. Hard for them and a spread-out team looks shitty.

When should I use single file?
Avoid commanding your team into single file for a take-over or for allowing another team to take over you. It can seem tempting and a quick fix, but it can KILL a team, especially a big one. Think about it: when you form up again, the front pair will be shoulder to shoulder almost immediately. The further back you are, however, the more you will have to quick march/run. Do that a few times, and for sure the ones worse for wear will hate you and their lives. Better to accept walking slower for a while; also see above on how to nudge your way through crowded parts of the route.

What should I be aware of when we overtake another team?
Be careful not to cut off a team you overtake. The front pair of marchers can have a tendency to pull in again too quickly after having overtaken. Keep an eye out.

Is it a good idea to have team peeing breaks?
If possible, avoid stopping the whole team for a peeing break; rather let the ones with party bladders run ahead and let them do their thing with their thing (lol, I’m a comedian). This procedure also encourages team members to remember doing their ablutions in the rest areas.

Should we accept sweets from the spectators?
Countless friendly spectators will offer you sweets along the route. It can be a good idea to only take wrapped stuff, because there will be a LOT of bacteria on the rest …

How long should we stay at the rest areas?
Don’t spend too long in the rest areas; 15 minutes should be enough, unless someone needs something major treated. You will merely achieve cold muscles and feet if you stay longer.

Any tips on how to spend your time at the rest areas?
I like to take off my boots and socks ASAP, lay out my rain coat on the ground, and get my feet up in the air as a preemptive measure for blisters. This doesn’t work for everybody, especially if they have carefully applied tape on the feet. Also clearly state how the long the rest will be when you arrive and then TIME it, so prudent marchers can actually plan their time. Really annoying to have been told 15 minutes and the team leader not looking at his wristwatch. Order “5 minutes!” before you go. The marchers should then know to start donning their boots and getting their lives in order. When you order “2 minutes!” they need to GET UP and start forming up, so that you are ready to actually walk again after those 2 minutes. Bad for morale to wait for one guy.

Is it wise to drink beers during the day?
Consider “pulling over” at a pub in between two official rest areas and let everyone have a beer. Sending someone ahead to order the round is a VERY good idea. Ask Danish teams about where to find the pubs, haha! In all seriousness, a beer (or even two) gives a lot healthier energy boost than Coke etc. Don’t worry about hydration; enough beer will keep you hydrated until you get home, hehe. Of course, you should command team “cheers!” now and then when you march, to make sure everybody remembers to drink water.

What about souvenirs?
Well, bring them, since it’s hit with the expectant kids along the route. Also stickers for the urinal outside the beer tent (no joke, it’s tradition :-)).

Any tips on how to spice up the role as team leader?
Consider having a gimmick as a team leader. I once got hold of a mannequin, cut off a leg, plastered its foot with rubber blister burns etc. gifted by an NCO from the Joint Health Command, and placed the leg on my bergen. Optional, but it’s always nice to induce some smiles on the spectators’ faces.

How do you conduct yourself when you arrive at the beer tent?
Rehearse an “arriving in the beer tent” gimmick. There are many. However, also be very aware that there can be a long line of teams behind you, so do your thing, and hurry out of the way.

Should we get straight out of the beer tent to prepare for the next day?
Stay in the beer tent for a while, cheering other teams as they arrive. When you decide, make sure your guys then head for the accommodation and then on to the showers directly so they get their lives sorted. Not necessary to babysit an experienced team like this, but this guide is not for the experienced team leaders, so there.

Any tip on what clothing to bring?
Bring walking-out/duty uniforms to look good in camp. Keeping up appearances is important in Nijmegen! Chances are your guys will prefer flip-flops and PT clothing after Day 1, but the ones truly possessing surplus energy will parade around in the beer tent looking smart every evening.

Any final comments?
Seek out the Danes for a good time! Beware, however, that you probably won’t be able to outdrink them.

Apart from that, what Nijmegen article on this blog would you recommend?
I would recommend the one about the Four Day Marches taking place not in Nijmegen rather than on a warship: Crazy? Guy did the Nijmegen Marches at sea – on a treadmill!
Indsendt af Hr. T.H. kl. 20:00