Report: KB and Hein did the Death March in Belgium 2012 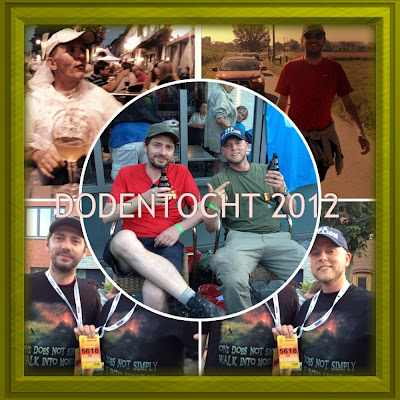 The 2012 Dodentocht in Belgium was Kristian Bang "KB" Foss's first official march above 20 clicks; to debut with a so-called Death March of 100 km could seem like hubris. However, not only did we make it, we made a good part of it in a style worthy of hardened marching veterans.

And those veterans had nothing but praise for "Yngstelærlingen" (The Young Apprentice), impressed with how he and I joined them on all the bars during the first 50 k, furthest back in the 10,000 strong field of walkers. KB has now done an official event together with the Boys, as well as Burning Love Classic: BLC is an official event, but also counts as an internal training session. Hence, KB is now a team member!

Anyway, always having "fejebladet" (the sweeper van) close behind you is a pressure, and enjoying lots of good, Belgian beer would be frightening for most inexperienced walkers trying their feet with one hundred kilometres. At one point Kristian and I actually had to CATCH UP with the sweeper van, after a 20 minute nap at an out-of-sight spot at the 50 km rest area, thus for half an hour leading unchallenged the competition of being behind. That did cost us quite a bit of energy, and at one point KB did hit the wall; pains in muscle and feet suddenly increased in a big way, and I know that especially the final 30 kilometres were pure agony for the debutante.

Personally, it was my third Dodentocht. I had had (substantial!) problems with the small of my back after rowing during The Sea Stallion summer cruise a fortnight before, but there were no particular pain issues, per se, during this march, thank you. 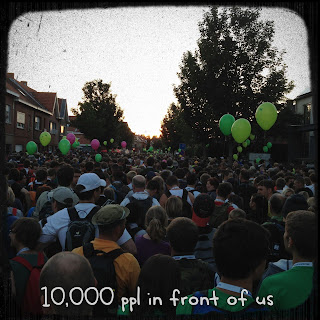 ***
And boom, that was the night done; no pictures from that period of the march - too much energy put into drinking beer and keeping ahead of the sweeper cars! 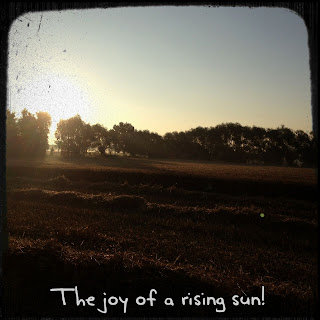 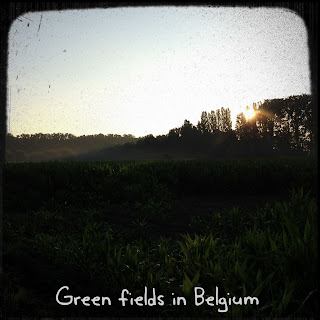 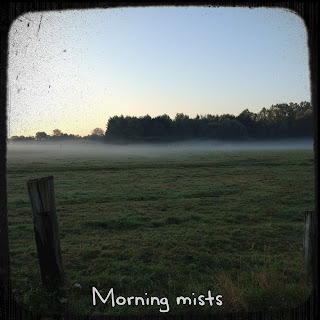 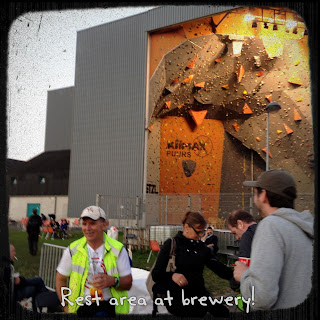 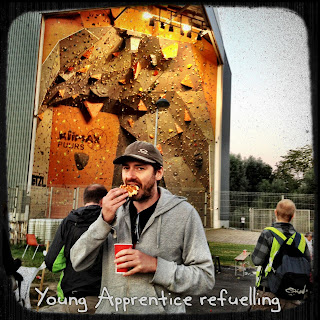 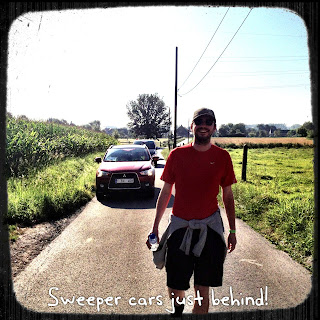 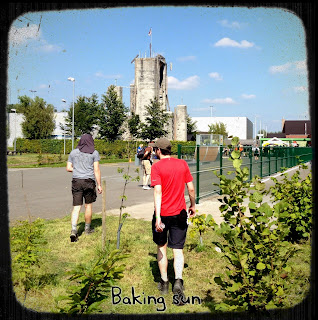 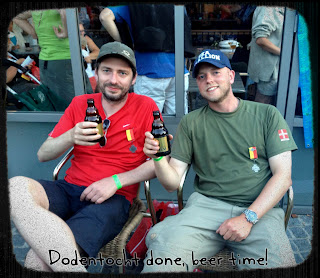 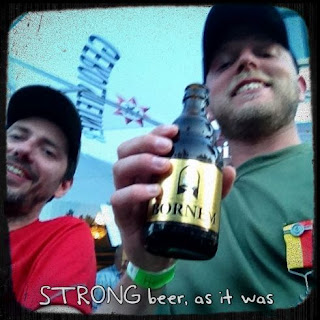 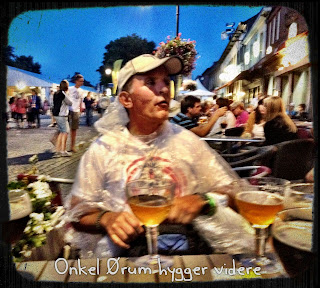 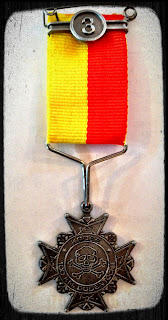