Roads Go Ever Ever On (The Road Goes Ever On)

One of those geeky, questionably relevant postings for you here. But if you're into The Lord of the Rings, then, hey! 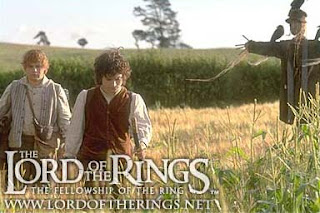 Roads go ever ever on


Roads go ever ever on,
Over rock and under tree,
By caves where never sun has shone,
By streams that never find the sea;
Over snow by winter sown,
And through the merry flowers of June,
Over grass and over stone,
And under mountains of the moon.

Roads go ever ever on
Under cloud and under star,
Yet feet that wandering have gone
Turn at last to home afar.
Eyes that fire and sword have seen
And horror in the halls of stone
Look at last on meadows green
And trees and hills they long have known.

Listen to a jolly version of the jolly song:


Lest one has lived on a deserted island for a good while, one will know that The Hobbit is being turned into not one, not two, but three movies, the first one premiering in December. It is unknown what they will be called individually, but the guys at theonering.net (popularly called TORN) have an idea. Hehe. 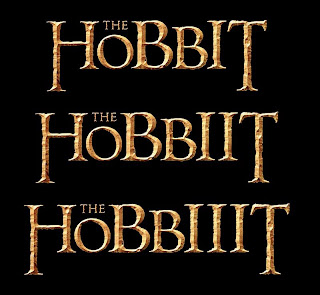 And here: the latest trailer!

P.S. It occurs to me that I should add this song to the "songs to walk to" article elsewhere on the blog! Do you have suggestions for walking themed songs? Go to the article and see whether you feel I have forgotten any tracks.
Indsendt af Hr. T.H. kl. 14:01