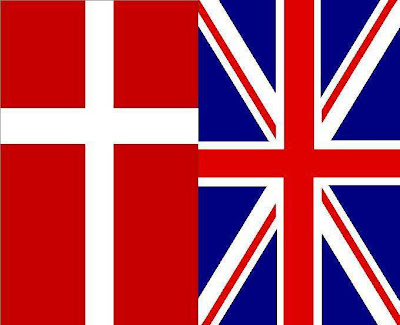 Intro first in Danish, then in English - article is in English

INTRO IN ENGLISH
I wrote this article about Remembrance Sunday while being the Defence Attaché's intern at the Danish Embassy in London. Since then, November 2009, Denmark has introduced an official "flag day" for homecoming soldiers, so there now is some "physical manifestation of remembrance" - but still not as widespread as in the Commonwealth. Personally, I'm all right with that; Denmark has sacrificed a lot in recent years, but not by far - by far - as much as our current allies did during the 20th Century.

Wherever your turn your head in the UK these weeks, you see red poppies. On suits and denim jackets, on old and young, on men and women. Such a physical manifestation of remembrance and respect for the fallen is not known in Denmark, but in Helmand the tradition is embraced by the Danish troops.

by Thorbjørn Hein, based on a Danish language article by Jeanette Serritzlev

Remembrance Day parade in Camp Price, Helmand. Everyone who can is there. British, American and Danish soldiers. The berets are out in the sun. Camp Price is normally a ‘hats off’ zone, but at parades and other solemn occasions the berets are dusted off and worn.

- I am incredibly pleased to be part of this, says Chaplain Niels Peter Sørensen. He stands in for the regular chaplain who is currently on leave.
- We honour and remember the fallen and I think that's beautiful. 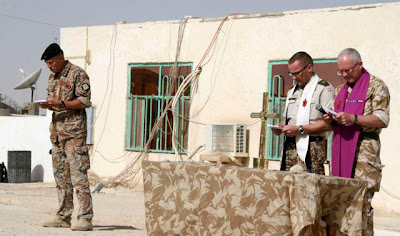 The commander of the Danish Battle Group, Colonel Karsten Kjær, wears the red poppy, as do the Danish and the British chaplains.

The British and the Danish chaplains stand side by side at the improvised altar, the former giving out the tune. All the British and many of the Danish troops wear the red poppy pinned to their uniform, a visible symbol for the remembrance of the fallen;  immortalised in the poem ‘In Flanders field’ by the Canadian doctor and officer John McCrae. John McCrae served in Flanders from 1915 and wrote the poem after the demise of a close friend.

- When we said prayer, I lowered my head and my thoughts went out to the soldier who was hit by an IED (Improvised Explosive Device, -edit.) last week, says Leo. He is a Danish lieutenant and commander of the platoon that the IED victim belonged to. The memorial ceremony is an occasion to reflect on the fates of the killed and the wounded. An extra occasion, that is.
- The ones that need remembering you have in mind every day. In that regard today is not special, the officer points out. 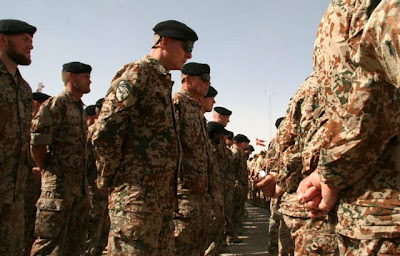 Danish, US and British soldiers remember.

Denmark, a nation of 5.5 million citizens, has lost 28 soldiers (edit 11 Nov 2011: 43 soldiers) in Afghanistan, and many have returned wounded. No other troop contributing nation in Afghanistan has had more fallen compared to the size of country population. Denmark has approximately 750 soldiers deployed in Afghanistan. Most of these operate in the turbulent Helmand province in close cooperation with troops from mainly the United Kingdom. Read more about Denmark’s and the UK’s combined efforts here (press link).

End of the article as seen on the Embassy page three years (has it been three years??) ago. Now for something which didn't fit that official page, but which is like totally appropriate for this page: music and comedy.

First, I give you the Masters of War, BOLT THROWER, with two of their awesome songs. I haven't picked them at random obviously.

The lyrics of the first song, "... For Victory", directly quote the origin of the phrase we will remember them, namely the famous "Ode of Remembrance" by Laurence Binyon.

The second song, "Lest we forget", I picked because of the title. I shall quote the Wikipedia article on the Ode to explain why:

Now the comedy. Two reasons: Ricky Gervais is one of the funniest beings on two legs; and because you can here see just how wide-spread the use of the paper poppy is, with both Gervais and the talkshow hosts wearing it.