Afghanistan, Helmand Province
A Danish foot patrol between Patrol Baseline and the city of Gereshk was blasted by an IED (Improvised Explosive Device) yesterday afternoon, Saturday 3 September. Five soldiers were injured, one of them grievously. All received first aid on the spot and were lifted by helicopter to the field hospital in Camp Bastion. One soldier, hailing from the Guard Hussars Regiment, was beyond saving and was declared dead by a doctor. The four other injured soldiers were only lightly wounded. They are all from Bravo Company's 2nd Platoon.

Doing foot patrols rather than the relatively safer option of driving in armoured vehicles is part of the strategy laid out by General Petreus, the supreme commander of the international force in Afghanistan. Only by running risks like this will the NATO soldiers be able to win the hearts and minds of the local nationals, it is assessed. The same applies for holding back return fire when attacked by Talibs if the insurgents are near civilians - a principle which General Petreus has coined "courageous restraint".

The Hussar was the 42nd Danish soldier to loose his life in Afghanistan since 2002. The closest relatives have been informed of their tragic loss. 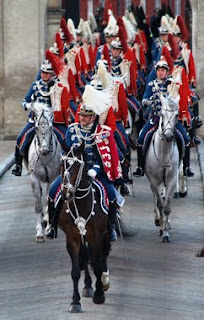