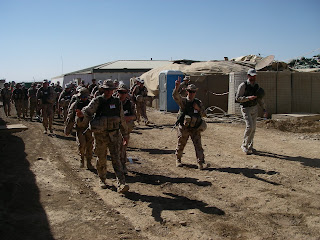 Immer Vorwarts! The weight carried was helmet, flag jacket (regardless of any difference in weight between the different national models), combat vest/webbing, rifle, and two magazines. On top of that, any water or snacks wanted.

See more pictures and text below. 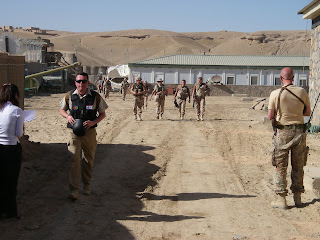 The civilians also carried helmet and body armour, plus backpack weight made up of water bottles - and their weapon of choice, the laptop! 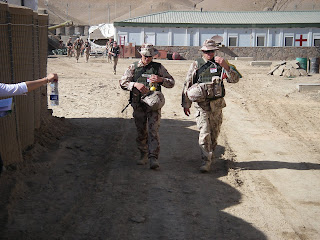 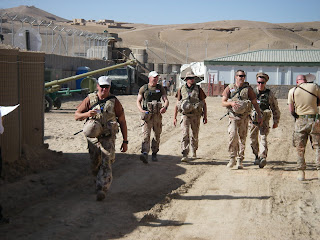 Busy with registration of laps. 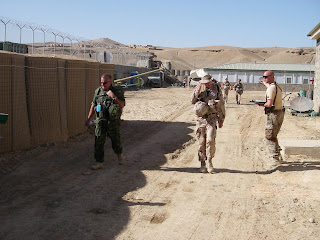 The Danish Senior National Representative spicing things up with a green look. 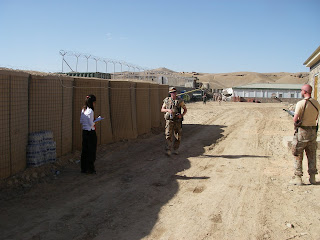 Danish officer, still fresh enough to complain about something or other, passing the main check point. The march was 21 kilometres, equaling a bit less than 15 full laps inside the perimeter walls. 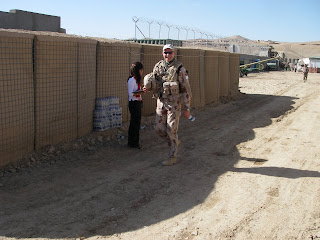 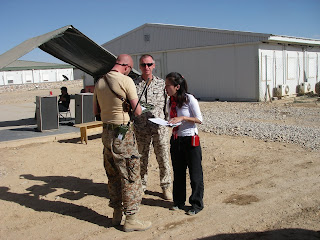 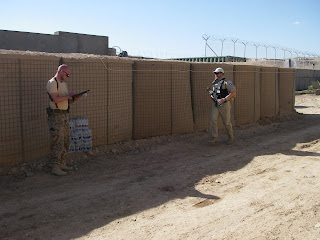 Finnish police officer from EUPOL racing ahead. He finished (no pun intended) on third place. Many didn't look at the march as a race, though, and just had a good time! 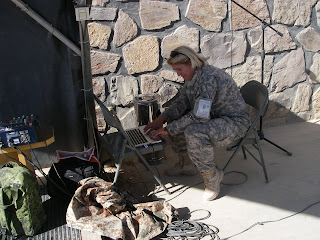 American advisor deejaying with giant loudspeakers to play with it at the main check point. 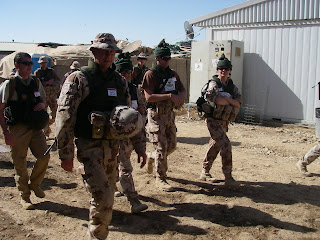 Some dressed up for the event; here the Christmas Tree Team. 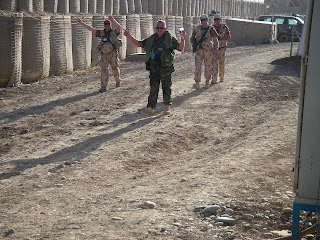 Behind the Danish SNR: a three-man team from the PRT PIO and TPT sections. 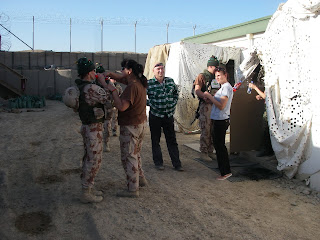 The Medical Unit was very popular that Thursday: they helped the tired marchers tirelessly. 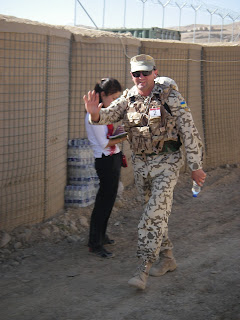 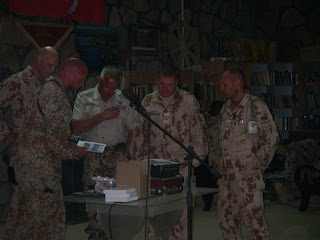 Last minute preparation for medal award at the evening event. 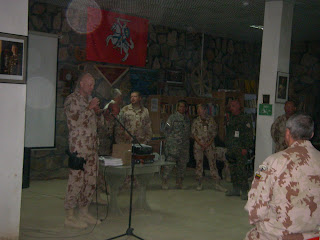 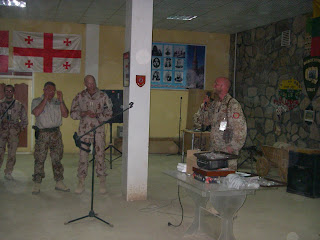 The march leader has taken over and, apparently, is a witty "award show" presenter. Or he would like to think so, anyway! 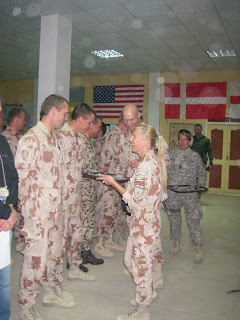 A proper parade: medals on trays, awarded by the highest ranking officer in camp. Even featuring "podium girls"! 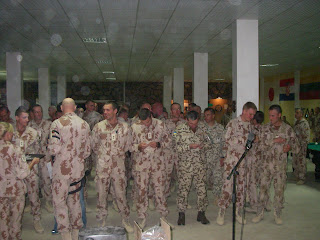 The quite beautiful medal is being studied with pride and joy. 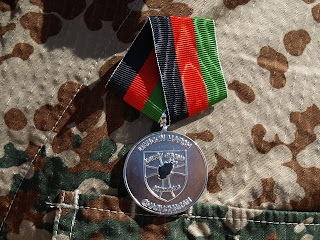 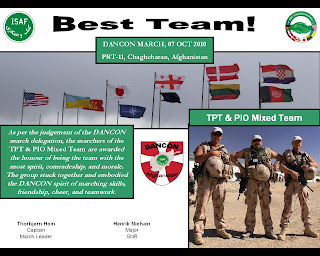 For a description of my most hardcore DANCON march ever, look here for the 100 kilometres one with a 10+ kilo bergen on my back.
Indsendt af Hr. T.H. kl. 07:17